Description: Robby Echo has gotten into trouble one too many times for his perviness, so his mom has sent him to her friends Kyler Quinn and Bridgette B to get him straightened out. Kyler and Bridgette know just what to do to get under Robby's skin. Putting him in a chair, the girls confront him by turning him from side to side as they tag team him in a good cop, bad cop routine. Eventually Robby admits that he got caught in his stepmom's closet, peeping at her. Bridgette and Kyler can work with that; they tell Robby that they'll be whipping him into shape while he's there. The two milfs begin by the pool, where they have Robby feed them grapes as they lounge. Then they sit Robby between them on the couch and teach him how to rub their feet properly. Learning how to do some proper turndown service is the next on Robby's to-do list. The final thing Robby needs to learn is how to be a man, which means he must understand that a woman is his queen. Bridgette offers Robby Kyler's plump breasts, but slaps his hands away when he comes in too hot. Under Bridgette's careful guidance, Robby learns how to handle two hot women's boobs. Then he learns how to eat pussy properly. When Bridgette deems Robby ready, the busty mama gives him permission to stick it into Kyler's greedy twat. Bridgette keeps a close eye on the proceedings, but eventually she gives in to the need to join in for her own pussy pounding. Robby is happy to oblige and demonstrate that he has indeed learned the lessons that Bridgette has been trying to teach. She helps Kyler to climb on top of Robby and dominate him in a stiffie ride. Then Bridgette takes over, getting on her hands and knees so Robby can do her from behind as she muffles her moans in Kyler's juicy snatch. When Robby is ready to cum, the girls lay together and present an enticing tableau for him to nut all over as a reward for his good behavior. 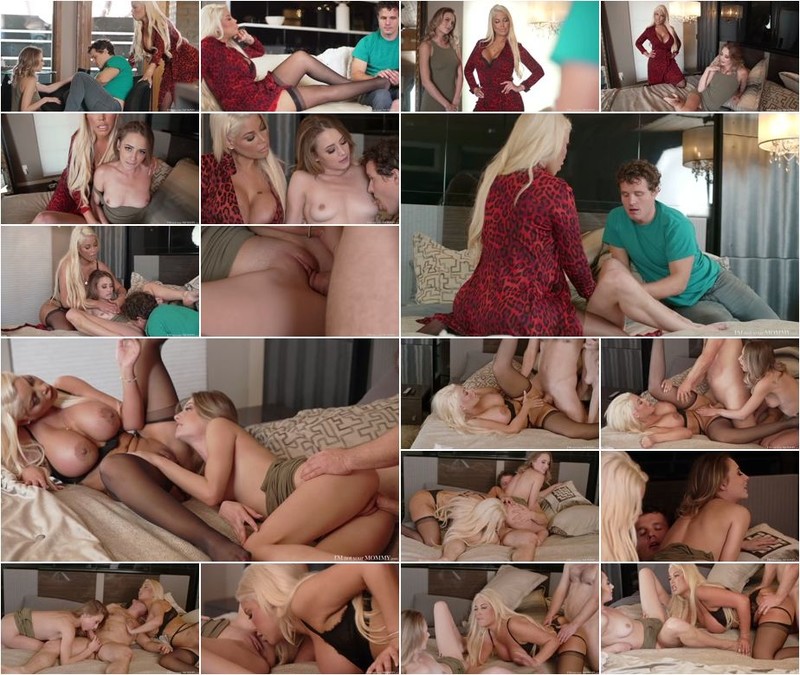 Andi Rose, Scarlet Skies - If My Stepsister Was A Christmas Elf (FullHD)