Description: Juan Loco has a hot new girlfriend in Khloe Kapri. There's just one problem: His stepmom, Ashley Wolf, is really jealous of them. Every time Juan tries to get hot and heavy with Khloe, Ashley makes an excuse to walk in on them. Juan and Khloe try multiple times to get away from Ashley, but she's persistent in following them around. The third time she walks in on the lovers, she finds her stepson's dick in Khloe's mouth as Khloe works on her deep throat BJ skills. That's it! It's too hot for Ashley to keep on acting scandalized. She decides that if she can't beat them, she may as well join them. Ashley begins by pulling up her short skirt to start rubbing her fingers across her clit. Her hairy twat blooms with wetness as she keeps on watching. Taking a seat on the bed, she pops her titties out and announces she wants to suck her stepson's cock. Juan is initially horrified, but Khloe announces that she can share. That's all the invitation Ashley needs to get in there and start showing Khloe some new tricks to add to her repertoire. It soon becomes clear that this is only the start of a threesome that promises to be as hot as it is scandalous. Khloe takes the first go on Juan's fuck stick once the girls get him on his back. Ashley watches the show and masturbates beside them before going in to rub Khloe's clit for added pleasure. When it's Ashley's turn to enjoy her stepson's cock, she gets her pussy pounded in doggy while her mouth gets busy eating Khloe out. Khloe watches and learns, taking her turn in the middle to mirror the position Ashley just demonstrated. That's as much threesome as Juan can handle. He gets the girls on their knees in front of him, and from there they do the rest. Stroking and licking, they encourage Juan to pop on their faces so they can share kisses flavored with his jizz. The girls agree that Khloe needs another sex practice session tomorrow. 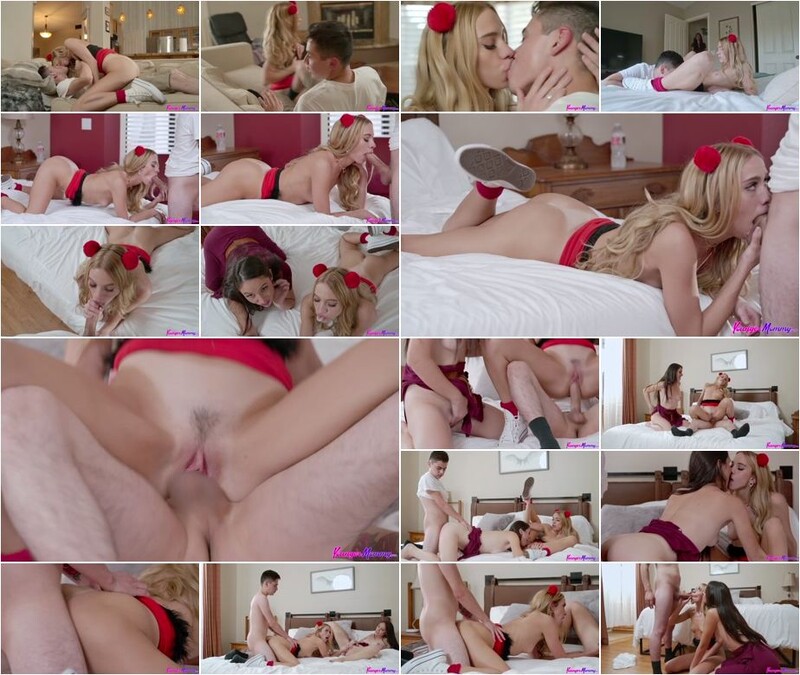 Ashley Wolf - In On The Secret (FullHD)