Description: Pristine Edge knows that her stepson, Rico Hernandez, has been perving on her and her friends. She doesn’t let that little detail stop her from inviting Natasha Nice over. When Rico finds Pristine in the kitchen trying to get some work done on her laptop, he asks if Natasha will be coming over today. Pristine is no fool; she tells Rico to cut it out and to go jack off or something so he can get his horniness out of his system before Natasha arrives. Rico eventually leaves, but as soon as Natasha gets there he turns back up. Instead of doing as his stepmom told him, Rico chooses to flirt with Natasha, who is admittedly interested. Pristine tries to derail Rico by claiming he has a small dick, which just prompts Rico to whip it out to prove Pristine wrong. Natasha is definitely interested now, but Pristine stops things from getting out of control by sending Rico off to fold laundry. He won't be dissuaded from his stepmom's big titty friend for long, though, Returning to the room with a handful of bras, Rico claims he doesn't know how to fold them. Pristine rips into Rico, claiming he can't do anything right, but Natasha has a better idea about how to teach her friend's stepson a lesson. The girls sit Rico down between them and then shove their boobs in his face while taunting him that he's going to fuck this up, too. Instead of being shamed as the girls intended, Rico is turned on. Turning the tables, he once again whips his big dick out and takes control of the situation. Natasha is the first to decide she wants some of that cock more than she wants to be good. Reaching out, she grabs hold of that hot meat and starts stroking it while encouraging Pristine to do the same. Natasha is the first to start gobbling Rico's stiffie, but Pristine is right behind her. The girls are soon sharing the D as they suck and slurp from shaft to balls. Things heat up even more when Pristine gets on her hands and knees for Rico to fuck her in doggy as she eats Natasha's hairy pussy out. Natasha finally gets a piece of Rico when he takes a seat and she mounts him in reverse cowgirl. Pristine is there to suck Natasha's nipples and rub her clit. Pristine reward is another go with Rico's man meat as he pounds her in missionary while Natasha rides her BFF's face. Rico keeps it up until he's ready to blast off! Pulling out, he blows his nut all over her big breasts for the girls to enjoy his load. 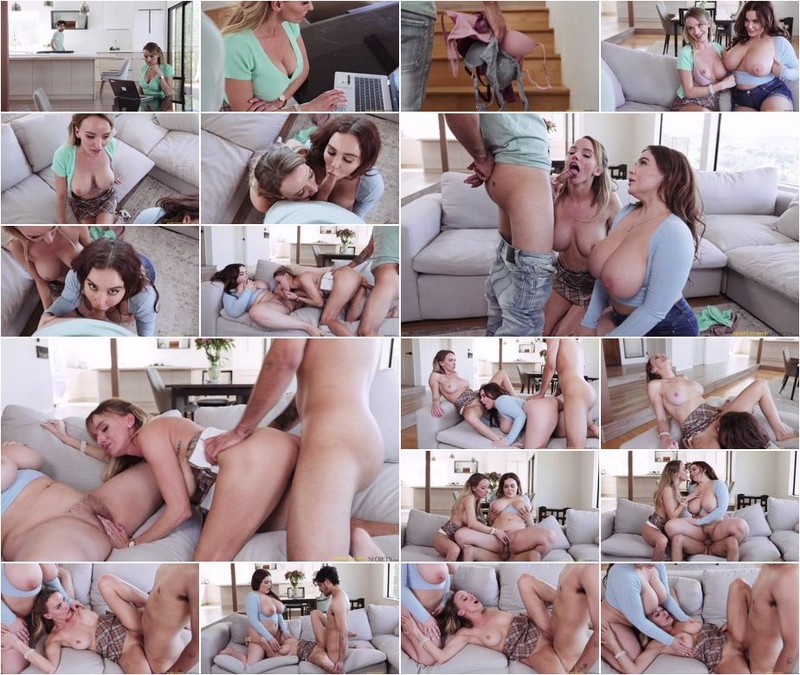