Description: Casse De Isla is back home from her nursing shift. She checks in with her stepson, Jason, to see what's going on. Jason admits that he has a secret thing to tell her since she's a nurse. He claims he's asking for a friend and then inquires about whether a serious case of blue balls is a problem. Cassie tells Jason that he should tell his friend to go to the ER or find someone who can drain his balls right away because it is a big problem. She also points out that Jason's got a stiffie and asks whether he's really asking for a friend or for himself. Jason admits that he is the one with the blue balls, so Cassie lets him choose between a doctor or having her drain it. Jason chooses to have stepmommy take care of him. Cassie tells him that she needs him to pull his pants down so she can see what's going on. When Jason's big dick pops out, Cassie can't hide how impressed she is. She puts both hands on her stepson's cock and starts gently massaging. When that doesn't produce immediate results, Cassie leans in and starts sucking. This lusty milf certainly knows her way around a cock, as Jason quickly finds out. He still can't cum, though, so Cassie agrees to show off more of her body. Peeling off her scrubs, she reveals her sheer bra and thong before she leads Jason to the bedroom so she can take care of him properly. Another round of sucking keeps Jason nice and hard until Cassie can free herself from her lingerie. Straddling her stepson's cock, Cassie slides down for a cowgirl ride that lets Jason full admire the way her big boobies bounce. She turns around so Jason can lay his hands on her big ass as she continues to ride him. It's only natural for Jason to want to keep enjoying the delight of his stepmama's ass as he does her in doggy. When Cassie flips over, Jason gives it to her nice and fast one last time before pulling out so he can finally drain his balls all over her belly. They agree this will be their little secret. 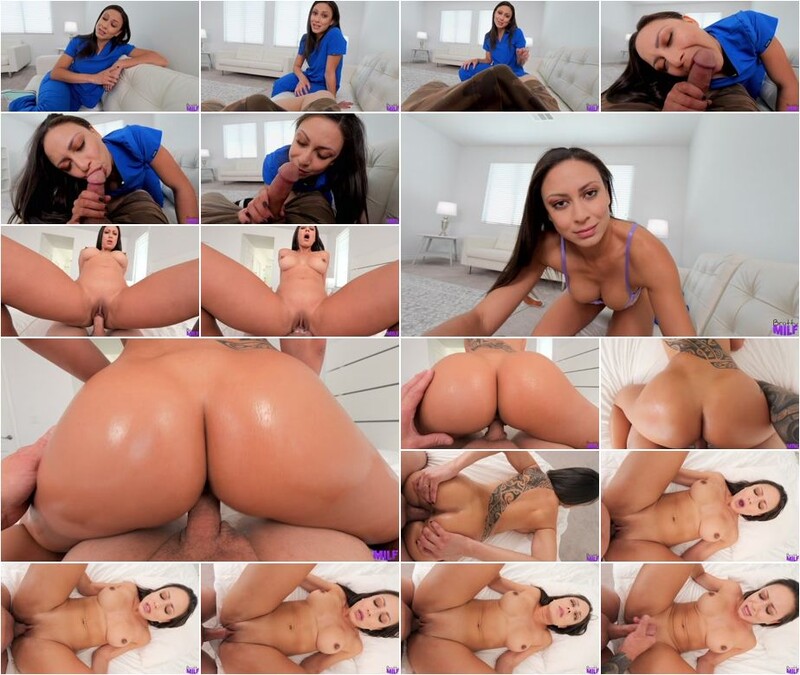 Lindsey Lane - Stepsis Is After My Dick (FullHD)