Description: Mona (Freya Parker), a popular and athletic college student, is going for a jog on the campus grounds. Elsewhere on campus, Sophie (Gizelle Blanco), a smart but unpopular student, is being bullied. The bully takes Sophie's books and throws them to the ground, and then kicks the books away from Sophie when she tries to pick them up. As Mona jogs up to Sophie's location, the bully runs off and Sophie is able to pick up her books. Mona stops to make sure Sophie is okay, introducing herself and offering that she can get the school's various bullies to leave Sophie alone. Sophie says that she doesn't want anybody's pity. Mona was not expecting that, and tries to convince Sophie that she's not offering out of pity. Mona then notices that Sophie has a math book, and asks Sophie if she's good at that subject. When Sophie says that she is, Mona admits that she's not doing so great in that class. Mona offers her a deal: she can protect Sophie from bullies, and in exchange Sophie can tutor her. That way, there's definitely no pity involved... it's an even trade, right? Sophie still seems a bit wary and shy, but agrees to the arrangement. As time passes, Mona and Sophie become closer, and Mona's math grades improve. One day, Mona says that she wants to talk to Sophie about something. She explains that she's really enjoyed getting to know Sophie, and says that she's developed feelings for her. Sophie looks touched, but also a bit worried. Mona says that she's gotten certain vibes from Sophie, so she feels reasonably confident that Sophie is a lesbian too, and that it's the reason why Sophie feels so different from everyone and tends to withdraw. Sophie admits that she IS a lesbian, and that getting to know Mona has been the best thing that's ever happened to her... but then to Mona's surprise, she says that Mona deserves better. Sophie points out that Mona is popular and a star athlete at school, while Sophie is seen as a nerdy outcast. If they became a couple and anyone found out, Mona's reputation would be ruined. Sophie tells Mona she's already risking too much even just standing up for Sophie in public, so now that Mona's doing better at school, maybe it's time for their arrangement to end. Mona is stunned for a moment, but then thanks Sophie for caring. However, Mona adds that she doesn't care about her popularity, she cares about Sophie - and if they have feelings for each other, then that's all that matters. 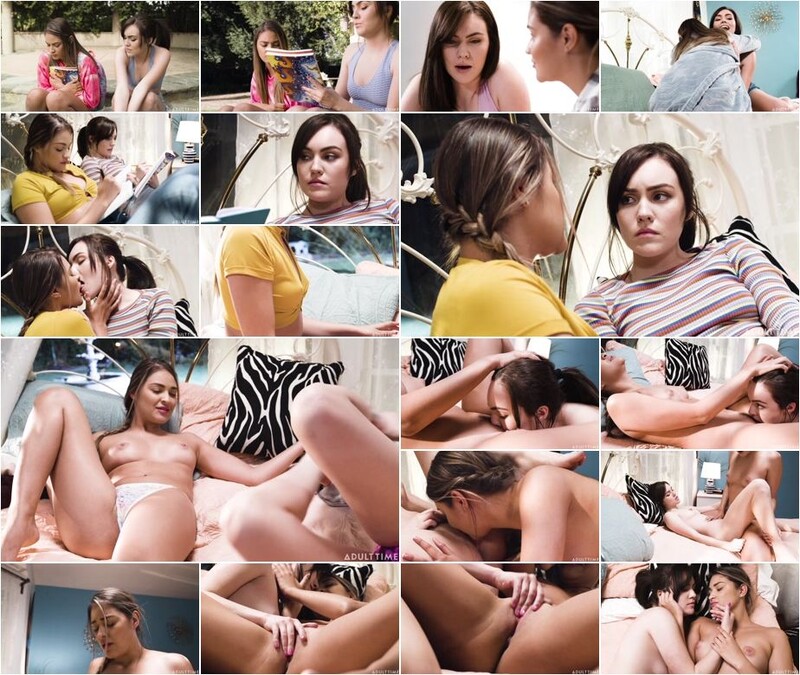 Sophie - No Calculations For Sophie! (FullHD)

Siiri, Sophie - Hot For Her (FullHD)