Description: A nosy neighbor, Serene Siren, is peering out her window. As she does, she talks to herself, and it becomes clear that she is peeking at a neighbor's house, which belongs to Spencer Scott and her stepdaughter, Laney Grey. It's obvious that Serene is VERY interested in what's going on at Spencer and Laney's house. In fact, she suspects that they are romantically involved! As Serene continues watching through the window, she mentions that she sees Spencer and Laney coming home, and wonders what kind of trouble they're going to get up to now. Serene then resolves to finally figure out if her suspicions about the pair being romantically involved are correct... Serene sneaks around to Spencer and Laney's house, trying to get a glimpse inside. Suddenly, someone clears their throat behind Serene and when she turns around, she is startled to find Spencer and Laney standing behind her, looking curious and suspicious. Serene stumbles over her words, making up an excuse, saying she was coming over to borrow some sugar. She asks if she can come inside to get some and Spencer agrees. Once inside, Serene makes up excuses to stick around so that she can confirm her suspicions. Spencer and Laney politely entertain Serene, but soon Serene calls them out. It's revealed that Spencer and Laney ARE romantically involved and they're worried that Serene's going to cause trouble... but to their complete and utter surprise, Serene is delighted and aroused as she asks if she can JOIN the duo for some fun! 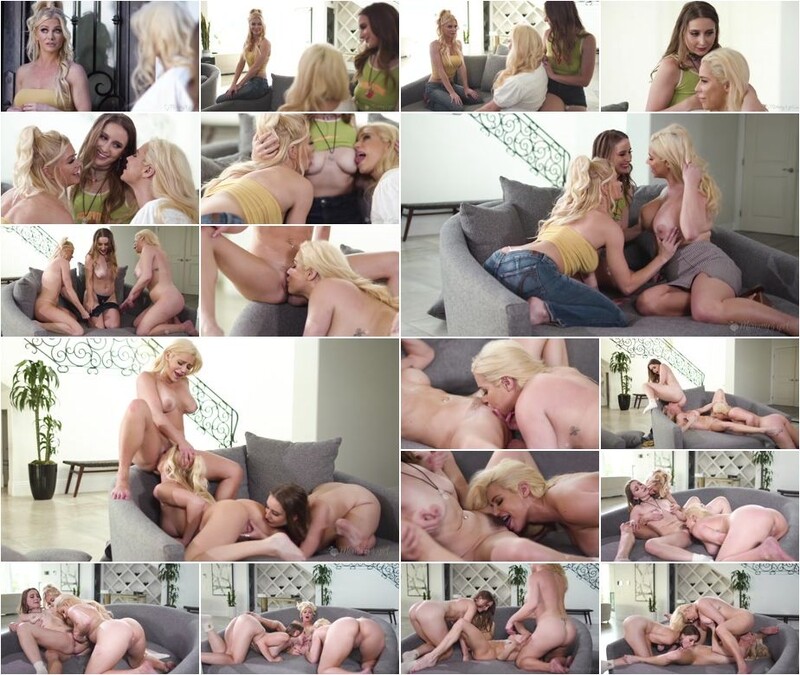 Laney Grey, Serene Siren - No Time For Yourself (FullHD)