Description: Rachael Cavalli walks up the front steps of the house next door, holding a casserole. Her neighbors went on vacation, leaving their teen, Laney Grey all alone at home. Given this, Rachael agreed to keep an eye on Laney and bring her some food from time to time. But when Rachael knocks at the front door, she gets no answer. She decides to go around the back and is floored when she looks through a window and spots Laney dancing erotically, wearing nothing but a tank top and a thong. Rachael can't help but spy on Laney dancing through the glass for a little bit, but at one point, she reveals her presence. Laney's embarrassed that Rachael caught her dancing like this, but to her surprise, Rachael is impressed. In fact, Rachael runs an establishment downtown for exotic dancers. The hours are great, the customers are respectful, and the pay is nothing to scoff at. Maybe Laney would be interested? Laney is flattered at the offer and admits that she would LOVE to do something like that. But at the same time, it's no secret that her dance moves require a little finessing. Rachael tells her not to worry- they can practice right now in front of the mirror. That way Rachael can see what she's working with and offer tips as they go along. But as Rachael holds Laney's body, adjusting her hips as they move and running her hands down the small of her back, sparks inevitably begin to fly. Will the lesson stop here, or will Rachael teach this keen teen a few more moves? 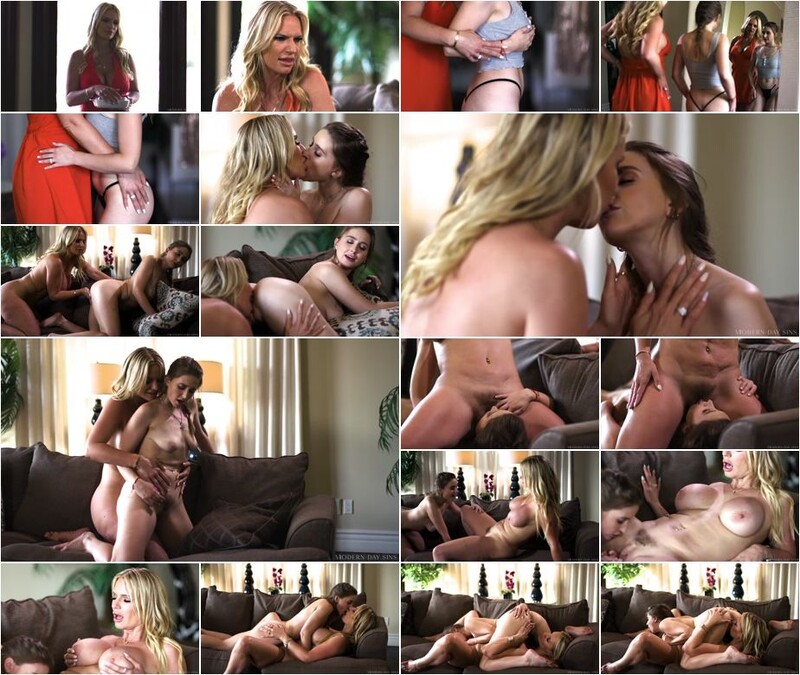