Description: Two pairs of sorority girls from two rival sororities are trying to recruit new students to their houses. Each pair is comprised of a leader and a lackey. Kyler Quinn is the leader of the sorority that looks pretty in pink, and Nicole Doshi is her lackey. Kyler is bossy and doesn't seem to treat Nicole very well, dismissing Nicole's idea for attracting new recruits. Meanwhile, Eliza Ibarra is the leader of the sorority that looks beautiful in blue, and Kimmy Kimm is her lackey. Eliza doesn't seem to treat Kimmy with much respect either. Since neither sorority is having much success recruiting new students, each sorority leader sends their lackey to sabotage the opposing sorority. Kimmy is caught by Kyler while trying to sabotage. Instead of getting angry, Kyler seduces Kimmy into her allegiance. Meanwhile, Nicole is caught by Eliza while trying to sabotage. Eliza convinces Nicole to betray her sorority. Kimmy and Nicole remain with their rival sorority leaders, having effectively switched sides. The leaders, however, wonder where their original lackeys are and decide to go and find them. Moments later, both pairs meet. The leaders are furious that their original lackeys betrayed them, though the lackeys stand their ground. Kyler tries to convince Nicole that Eliza is using her, while Eliza says the same thing to Kimmy. Sensing that the lackeys are starting to doubt, the leaders attempt to prove their 'loyalty' to their new lackeys by offering them foreplay and sex. Both pairs hook up side-by-side, though the leaders continue to be jealous of their original lackeys. Each lackey spots their new leader's jealousy. This angers the lackeys, who finally stand up to the leaders and get them to agree to a foursome. College life sure can be complicated... but at least it's fun! 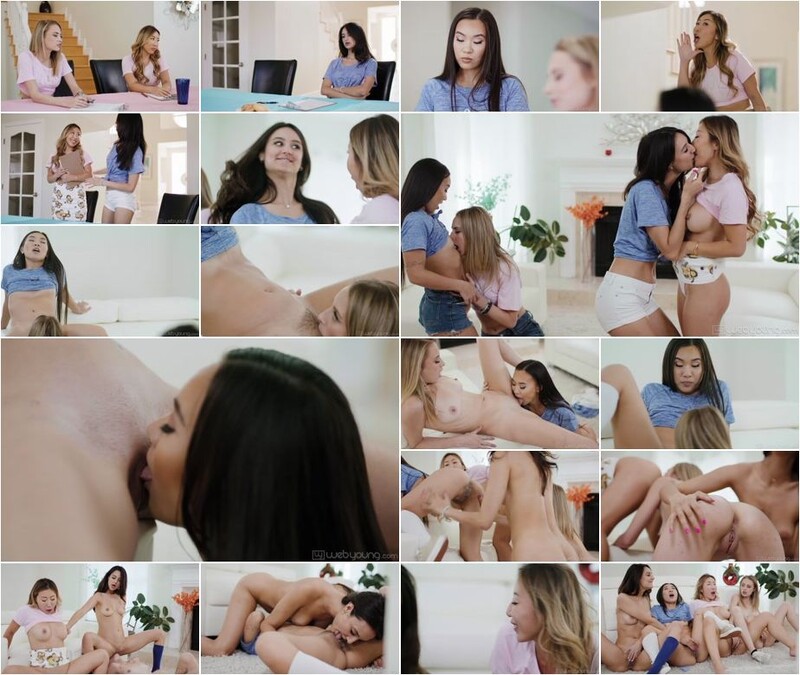 Kimmy Kimm aka Kimmy Kim - Kimmy Kim Gets Help From Her Dr. For Her Husband’S Short Cummings. (FullHD)