Description: We here at See H???M Fuck have yet another “double debut” for you this week, as we brought in well-hung Georgia native Phantom Strokes, and paired HIM up with skinny pasta slut Chiara Chianti for this special Festivus update. After director Johnny Robins helps us learn a little about HIM, Phantom stands and begins to disrobe with Chiara's assistance. She lubes HIM up and ensures that BBC is ready for action with a nice slick reach-around. Chiara then sniffs and licks Phantom's hairy armpits before allowing HIM to take a seat so she can lick, suck & gag on his socked & bare feet. Next up, we have the ass-eating portion of the program, a first for Phantom & his facial expressions are priceless! Chiara rims HIM while Phantom is spread-eagle, via the rusty trombone, with HIM in a reverse piledriver, and finally with HIM sitting on her face. The two then trade oral treats, as Phantom 1st goes down on her, followed by Chiara giving HIM a sloppy gagjob. Then we get to the fucking, as Chiara takes all of HIM via the amazon, cowgirl, front & backward piledriver, doggystyle, and with her folded up like a pretzel until he can no longer hold out & cums on her pretty little face. We caught up with our newest HIM in the shower after to see how things went... Until next week and the next H???M! ?? 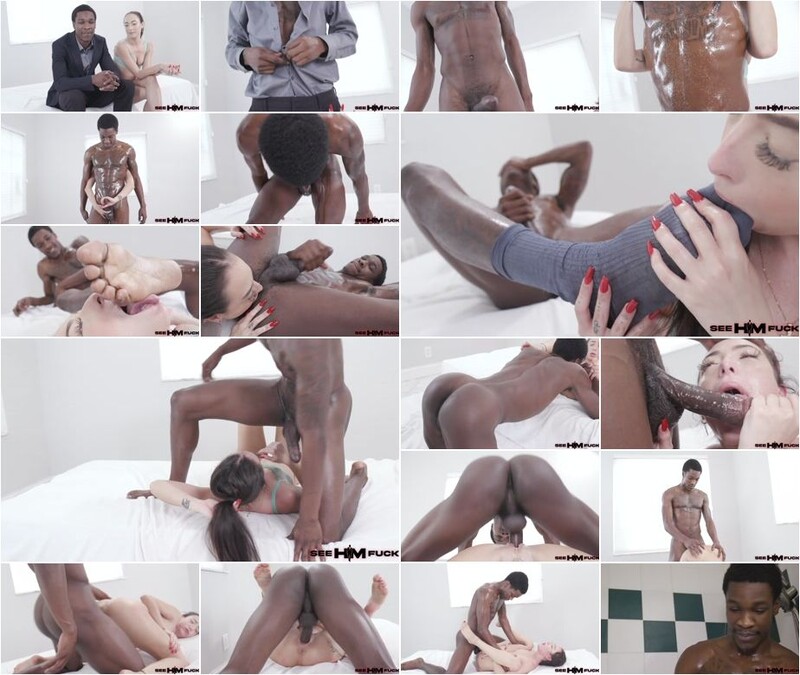 Riley Reign - Riley Reignit'S All About Him & The Rimmin' (FullHD)

Chloe Temple - Once, Twice, Three Times If You Like It (FullHD)