Description: What would happen if three families each contributed one member to create a new family? In this episode of Family Swap, Haley Spades doesn't know that Bunny Madison and Charles Dera, her swap parents, are pranking her. Bunny and Charles tell Haley that Charles is there to impregnate Bunny thanks to his super sperm. They then tell her that Charles is also supposed to impregnate Haley. Haley believes them, but she says she has to think about it. Later, Haley decides that she's ready to be impregnated. She gets naked and puts herself on display on the kitchen table. Charles and Bunny decide they need to tell Haley the truth. Charles goes in to do it, but he finds that he can't resist the opportunity to have his swap daughter suck him off. Soon enough he's throat fucking Haley on the table. The commotion brings Bunny and Juan Loco, Haley's swap brother, to see what's going on. Bunny knows this wasn't the plan but watching Charles getting his dick wet in Haley's mouth is so hot that she wants to play, too. Fortunately for her, Juan is hard and eager to have his swap mommy suck him off. When Haley turns around and spreads her thighs so Charles can slide on home into her tight pussy, Bunny gets to her feet and leans over the table so Juan can do her from behind. That kicks off a true family swap! Charles and Juan sit in chairs side by side so Bunny can ride Charles in reverse cowgirl and Bunny can do the same with Juan. Then Charles takes Haley's cooch from behind as she kneels on a chair while Juan slides into Bunny as she sits back with her thighs spread nice and wide. That's too much for the guys to bear as Charles and Juan each glut their partner with a creampie of hot cum. 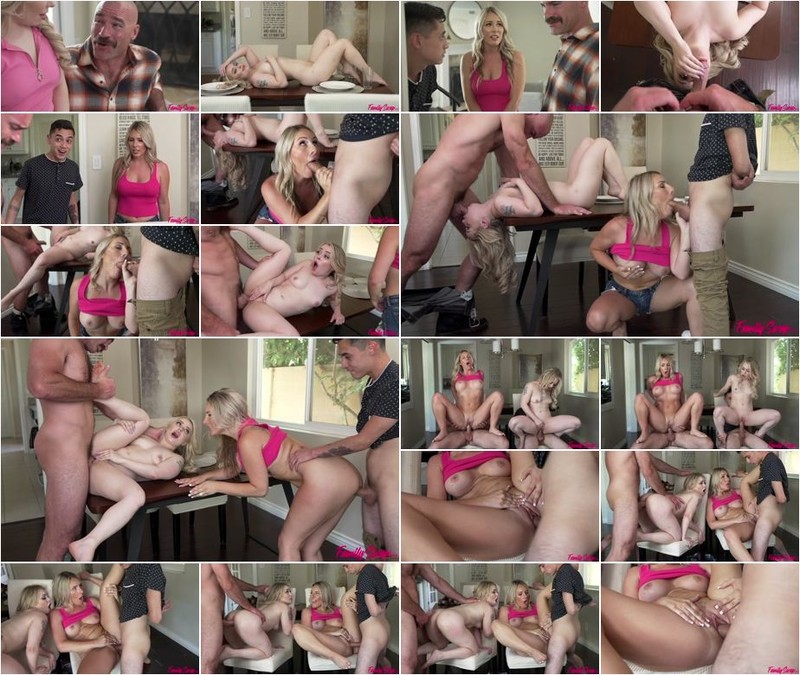