Description: Jay Bangher was a good dude all year long so he wrote a letter to Santa asking for presents. Santa was busy but sent his helper Zoey Sinn. Zoey had a big bag and guess what was in it? A present for Ralph, a present for Donnie but no present for Jay. What happened? What why did Santa send his helper out without the right gifts. When Jay stared at her breasts Zoey realized Santa’s intentions. She told Jay: You can do anything you want with them. She gave him some oil to rub in. So Jay oiled and rubbed those beautiful breasts until his dick was hard and then the helper started to suck that dick. And then they fucked. Santa’s helper was so cute. And Jay’s dick was so long. So they fucked and they sucked and they doggied and they mished and they spooned until Jay s**t his Christmas sperm all over Jay’s face. 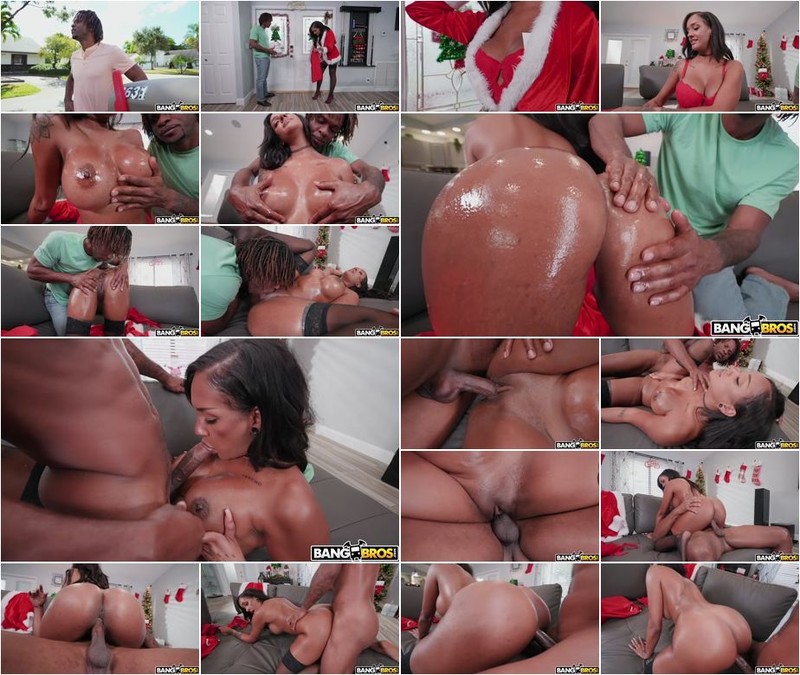