Description: Molly Little and her friend Sera Ryder are having a fun time in the kitchen together playing mother and daughter with gummy worms and whipped cream. Molly's stepbrother, Jay Romero, asks who he can be and is told he can be the daddy. Jay tries to steal gummy worm, and Sera tells him he can have it if he comes to get it as she drops it down her shirt into her cleavage. Sera's flirting with Jay just makes Molly jealous since she has a family sex fetish, so she comes on to her friend Sera by using a gummy worm to do a move called baby birding that is super sexual. Later, Jay is sitting on the couch between Molly and Sera when they question how he doesn't know what baby birding is. They show him the move again, and then Sera offers to let Jay try it. Instead of hanging on to the gummy worm, though, Sera lets it drop so she can just capture Jay's lips in a deep kiss. Not to be left out, Molly unsnaps Jay's pants and begins sucking her stepbrother off. She's happy to share when Sera realizes what she's doing, which paves the way for a hot threesome. Since Molly was the first to start sucking her stepbrother off, Sera suggests that Molly be the first to ride him. The spinner stepsis climbs aboard Jay's fuck sticks and mounts him in reverse cowgirl to ride him as Sera watches and masturbates. Tagging out, Sera rocks Jay's world in cowgirl as Molly sucks his balls. On her knees, Sera takes a doggy style pussy pounding as she eats Molly out. Then Molly gets on her back so Jay can fuck her as Sera rides her face. Pulling out, Jay nuts on Molly's stomach, leaving a puddle of his man juices for the girls to snowball and enjoy. 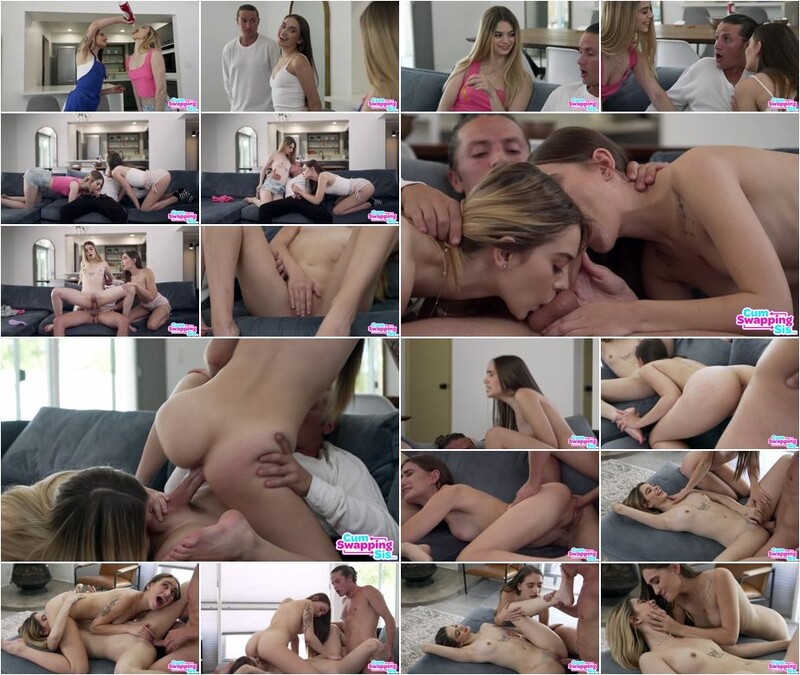