Description: Alba used to work as a clerical assistant at police headquarters, where she uncovered evidence of corruption by several police officers. She has received a subpoena to appear in court to give evidence but has decided she did not want to testify because of the backlash she would experience (police offers pulling her over and giving her tickets in retribution, for example), so she is a no show in court. Subsequently, a warrant was issued for her arrest.

When Officer James arrives, seemingly to arrest her, Alba demands to see the appropriate paperwork. When he can't produce the correct documents, Alba tries to close the door, but James pushes his way in and chases after her. He drags Alba to the floor and ties her up. Soon after she is bound and gagged, a knock comes on the door. The police officers sent to actually arrest her have arrived. When they get no answer, they assume she is out. Realizing the danger of keeping Alba prisoner in her own home, James decides he will need to take her to his house. He carries her to his car.

After being held at James' home for some time, Alba, now tied to a chair, is offered her something to eat and drink. She grudgingly accepts, and is then gagged again. Soon, James has to go to work, but arranges for another of the corrupt cops, Tony, to come and keep an eye on her to make sure she does not escape. Things are about to get even worse for Alba, because Tony decides he is going to move her somewhere else, somewhere much quieter where no one, not even James, will know where she is. 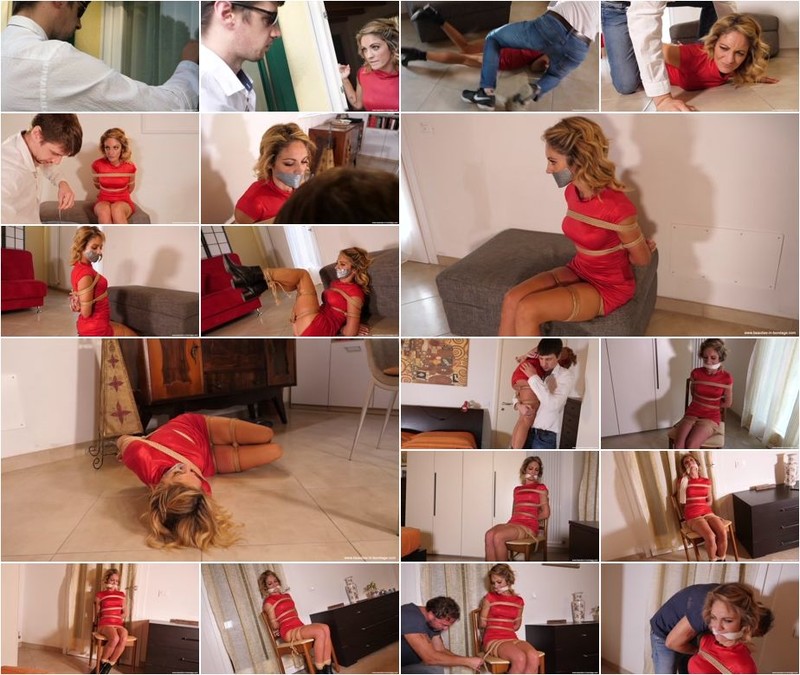 Alika Alba - Failed to get me ready for an exam? Gotta swallow my cream then (HD)

Alika Alba - My dominate stepmom cuaght me jerking off (HD)

Kira, Alba - Kira And Alba, Who Will Take Over The Other? (FullHD)