Description: Claire (Arietta Adams) is surprised when her stepfather Gavin (Ryan Driller) comes home early from a gala where he was given an award. Not only is he home early, but his wife Tara (Audrey Madison) is nowhere to be seen. Gavin glumly recounts how Tara ruined the entire evening, making such a stink that he decided to leave out of sheer embarrassment. This gala was supposed to be about him, but of course, Tara wouldn't let that happen. She stopped for jewelry on the way there, so they were late, and even handed out business cards to all of Gavin's colleagues. But the straw that broke that camel's back was when she demanded to leave the event early. Gavin simply couldn't- why would he leave an event honoring him before everyone else? It's extremely disrespectful. But Tara wouldn't listen. She had a temper tantrum and stormed out in front of everyone, leaving Gavin alone and embittered. Tara is bewildered by what she's heard. Even though Tara is her biological parent, Claire's always despised the way she treats Gavin. He's a kind, intelligent, and loving man and he deserves more respect than he gets from Tara. Suddenly, Claire seems to get an idea. Why don't they have a 'mini gala' at home and celebrate all of Gavin's achievements together? She knows hanging out with his stepdaughter isn't as cool as being featured at a prestigious gala, but hopefully, they can have a bit of fun and make Gavin's night as special as it could have been. They go through various 'rituals' that would have been present at the gala, such as making a 'toast' to Gavin and even slow-dancing together. As they dance, however, both of them grow progressively more aroused, despite themselves. They know it's wrong, but can't ignore the desirous and lustful feelings that are emerging. They've gotten so close ever since Gavin and Tara got married, and Claire has grown quite fond of Gavin. She looks up to him and finds comfort in his strong, muscular arms. When it's clear that they're both feeling the same way, Claire offers to show Gavin just how much she admires him. She takes out his cock and blows him, which leads to sex in the entranceway. At one point, Tara comes home and interrupts them, but they don't care. They shoo her off, don't stop the sheer pleasure they are feeling with each other. Tara is dismayed, and leaves, heartbroken and shattered. Gavin and Claire continue to fuck, with Claire making sure he receives all the recognition he deserves. 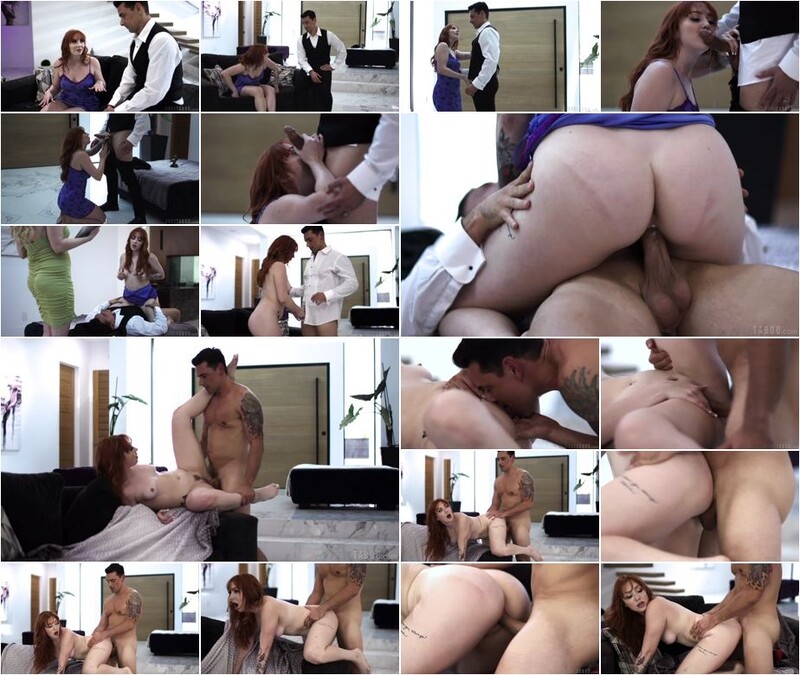