Description: shely Wolf, Kyler Quinn, Sia Lust, and Ricky Spanish are the definition of a blended family in that they all live together but none of them is related. Ashley is the eldest, so their parents have left her in charge while they go out for an evening. She sits the other three down and insists that they need to listen to her. They can't have any sexy shenanigans, they can't drink, and they can't watch porn. The other three aren't having any of it. In fact, they claim Ashley has just given them ideas. When Ashley leaves them alone, Ricky kicks off a sexy variant of truth or dare. He asks Sia and Kyler whether they have meaty or tucked pussy lips. They come back at him and asks how much he shaves. Ricky then bets he can guess how big their nipples are. That intrigues Kyler and Sia, who let Ricky get as far as pinching their nipples to find out before Ashley rains on that parade. Ashley claims their actions will lead to family step sex, at which point Kyler and Sia claim that's a great idea. Flinging their clothes off, the two of them put their pussies on display and encourage Ricky to fuck them. Ashley is horrified when Ricky lets them pop his stiffie out and guide it into Kyler's snatch. Ashley is torn between leaving and watching the illicit interaction as Ricky fucks Kyler and Sia masturbates beside them. When the girls get on their knees to blow Ricky, Ashley eventually has to admit she's interested. Kyler and Sia welcome her to join in, and soon the double BJ becomes a triple BJ. Ricky gets Sia onto her hands and knees on the couch to fuck her in doggy. Kyler lays down so that Sia can eat her out while Ashley rides Kyler's magic tongue. Ashley gets the final go with Ricky's stiffie as he takes a seat on the couch. Sia and Kyler help Ashley to slide down so she can ride Ricky in cowgirl while the other two masturbate at the sight of their biggest stepsis riding their stepbrother's fuck stick. Eventually Ricky can't last another moment, so he blows his load in a big creampie for Ashley while they all enjoy the family bonding they've done. 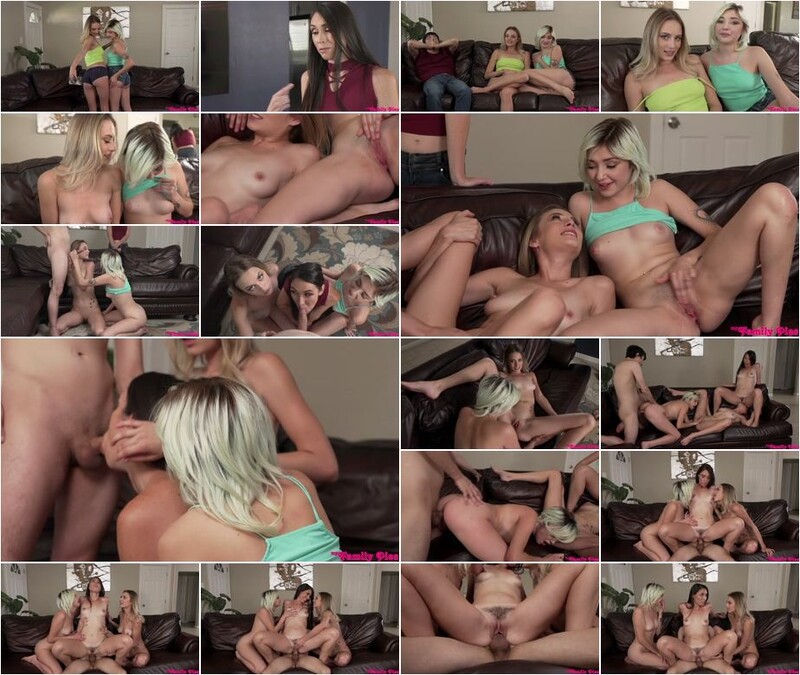 Andi Rose, Kyler Quinn - I Do Like To Get Sticky Stepbrother (UltraHD/4K)

Ashley Wolf - In On The Secret (FullHD)